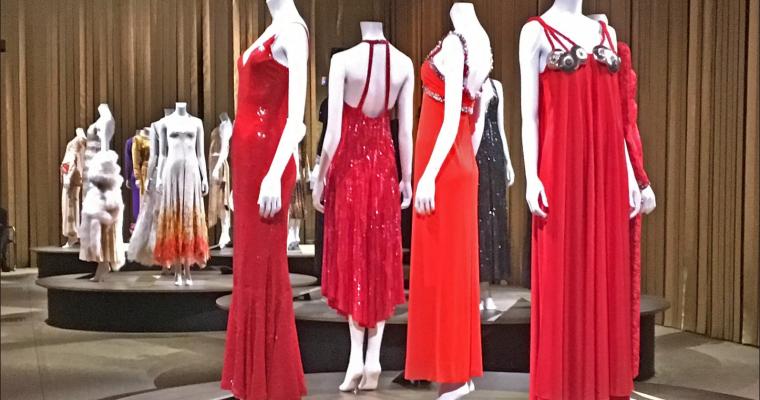 A tribute to the unforgettable Dalida

Published on 5 July 2017 in Exhibitions and Museums

Popular singer, Dalida is still idolised today and remains a major figure in French chanson. Les Plumes Hotel is the ideal base from which to attend a tribute to the singer at the Palais Galliera.

"Bambino", "He had just turned 18", "Gigi l'amoroso" or in duet with Alain Delon for "Paroles, Paroles", the Cairo-born diva and former Miss Egypt 1954 is an integral part of the French repertoire. Her grace, elegance and unique voice made her an idol for a whole generation following the rise of Yé Yé in the 60s. However, it was the tragic death of the singer in 1987 that made her a star. Her unforgettable songs live on and are enjoyed by fans of all ages. Born, Iolanda Gigliotti, the sensual-voiced artist is the subject of a tribute exhibition that marks 30 years since her death.

A tribute at the Palais Galliera

Dalida loved the Montmartre district and now rests there for ever. She had a truly special aura and continues to be adored by her fans. 30 years since her death, a tribute exhibition at the Palais Galliera until 13th August will appeal to both nostalgic fans and younger visitors who were not yet born during this exceptional era in French music. The not-to-be-missed event organised by the Fashion Museum of the Palais Galliera offers visitors a chance to see over 200 dresses worn by the singer and actress including many that were designed exclusively for the star by leading names like Yves-Saint-Laurent, Jean-Claude Jitrois, Loris Azzaro and Carven. See exuberant red, sparkly dresses, divine patterned dresses complete with frills and long, slim column dresses that showed off Dalida’s model silhouette to perfection and which illustrate her passion for haute-couture.