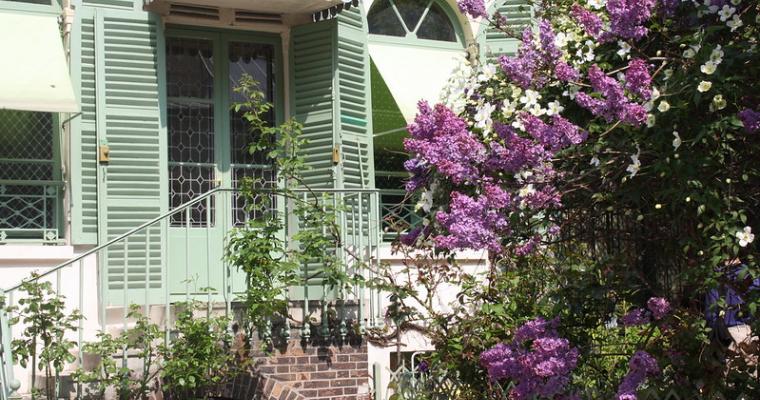 An escape into yesteryear at the Musée de la Vie Romantique

Published on 4 April 2022 in Exhibitions and Museums

A fifteen-minute stroll from the Hotel Les Plumes is a place where the magic and poetry of yesteryear can be found: the Musée de la Vie Romantique (Museum of Romantic Life). This former home and studio of the painter Ary Scheffer once hosted the greatest artists and intellectuals of the second half of the 19thcentury and early 20th. Now a museum, it houses a wealth of art.

A place for the meeting of minds...

The Musée de la Vie Romantique is located in the district known as Nouvelle Athènes (New Athens), in the 9tharrondissement of Paris. Springing up from the fields and orchards that then surrounded Paris, this district was intended to house the opulent bourgeoisie as well as popular artists such as Ary Scheffer. The artist set up his studio there and hosted his neighbours such as Chopin and Delacroix and other great creative figures of the time including Liszt, Turgenev, and Dickens. Later, his grandniece revived this intellectual tradition by hosting a salon where the likes of Anatole France and André Malraux held forth.

The collections on display in the museum comprise the works of Ary Scheffer and various of his contemporaries, as well as many accumulated by his heirs. Of course, the Beaux-Arts hold a prominent position, including, for example, the famous portrait of George Sand by Charpentier. But sculpture, drawing and graphic arts are also superbly represented. In addition, numerous photographic archives illustrate Parisian salon life since the middle of the 19thcentury. Finally, it would be a shame not to take advantage of the beauty and calm of the garden, where a delightful tearoom has been set up.

Less known than many of the great Parisian museums, the Musée de la Vie Romantique has collections of astonishing richness. Take advantage of the opportunity to spend some peaceful moments out of time in the beautiful former mansion of Ary Scheffer...