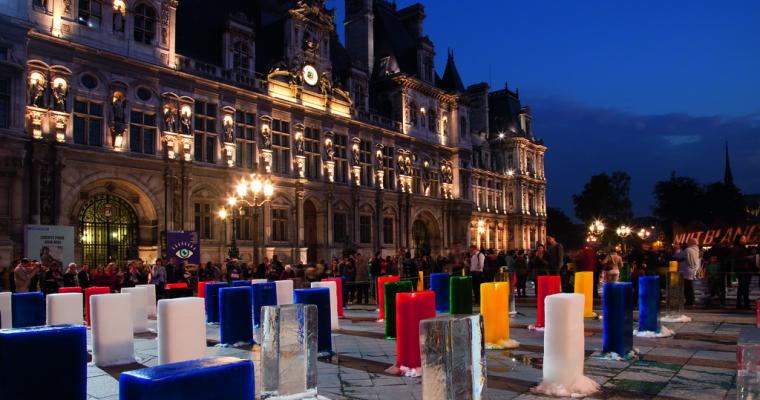 An exceptional Nuit Blanche in Paris

Published on 15 September 2019 in Events

For the 18th year in succession the City of Paris is hosting a Nuit Blanche (White Night). Year after year this original and fascinating event draws more and more people. Will you be joining in this year? Then book your stay today at your Hotel Les Plumes for the weekend of October 5th and 6th!

Give the general public the opportunity to encounter contemporary art while walking in the streets. Allow artists, videographers, choreographers and other creatives to appropriate the city’s night-time spaces and public buildings. Change the way the city is perceived. These are the objectives - largely achieved - of the Nuit Blanche nocturnal arts and culture festival. Each year, a new artistic director infuses the event with their point of view, sensibilities and favourites to produce their own interpretation of the Nuit Blanche. This year it's the turn of Didier Fusillier to amaze us...

On the programme of your Nuit Blanche

The Nuit Blanche will begin particularly early this year. At 14:00, a large parade will take place between the Grand Palais and the Petit Palais. A second will set off around 19:00 from the Place de la République. The City of Paris also offers two discovery trails in the form of non-competitive races. These two 9 km loops will offer an unparalleled panorama of key places in Paris, such as the Hôtel de Ville, the Picasso Museum, the Théâtre de Chaillot and the Museum of Man. However, the event’s highlight may well be the Peripherique Parisien. The Paris ring road will be closed to traffic, illuminated and made available to cyclists from 19:00 until 06:30.

The Nuit Blanche is an extraordinary cultural event that is inclusive, diverse and dynamic. Even those who are not interested in contemporary art will find something to feed their dreams, at least for the duration of a sleepless night...