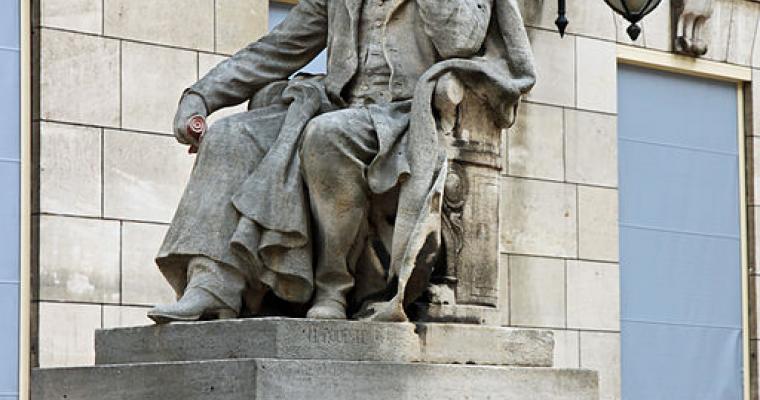 An unusual walk – follow in the footsteps of Victor Hugo

Published on 9 August 2017 in Visit Paris

Victor Hugo was a great traveller as well as one of the most illustrious figures in French literature. The famous man of letters enjoyed some of his finest literary hours in places like Paris, Jersey, Brussels or Guernsey but he also knew grief and loneliness.  Make Les Plumes your starting point and discover some of the author's timeless works as you follow in his footsteps.

An icon of the literary world

By turn, a novelist, poet, dramatist, pamphleteer, painter and committed intellectual, Victor Hugo composed masterful and timeless works.  One of the Pantheon, the author's legendary works include classic poetry collection "The Legend of Time", famous novels like "The Hunchback of Notre-Dame" and "The Man Who Laughs" and his final work, "Ninety-three".  He loved the sea and was a tireless traveller. Following the coup d'etat of future emperor, Napoleon III and revolted by lack of justice, Hugo was forced into almost 15 years of exile between 1855 and 1870, much of which was spent on the small self-governing island of Guernsey, a British Crown Dependency close to the Normandy coast. It was to be where he wrote some of his greatest masterpieces such as "Les Misérables" and "Toilers of the Sea".  His travels took him to a host of different horizons when he left Paris and were an inexhaustible source of inspiration.

A step at a time

His home in Hauteville, the Bailiwick of Guernsey, his own private island off Port Soif, or his Parisian residence in the 4th arrondissement, Victor Hugo lived in a host of atypical places, many of which are museums today. The former hotel Rohan-Guémené, his home from 1832 to 1848, is now a museum devoted to his life and work. Located in the heart of the Marais at 6, place des Vosges, the museum is dedicated entirely to the author and you'll discover hundreds of pieces of writing, sketches and drawings in its permanent exhibitions.