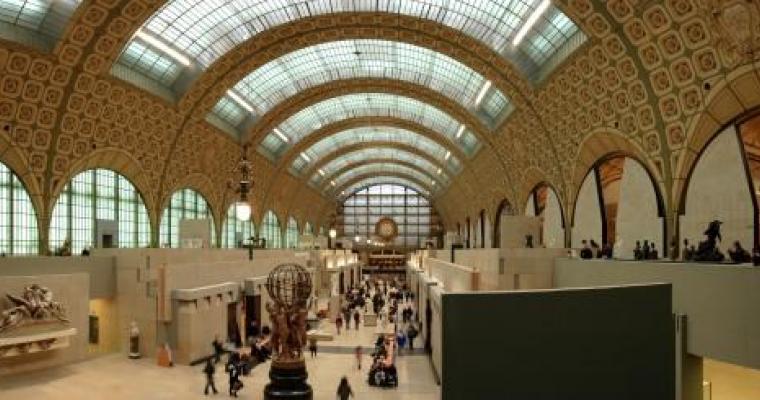 Be sure you don't miss temporary exhibitions at Musée d'Orsay

Published on 19 June 2015 in Exhibitions and Museums

The painter Pierre Bonnard will be honored at the Orsay Museum until 19th July, while lovers of Italian art won't want to miss the Dolce Vita exhibition which runs until 13th September. Guest at Les Plumes Hotel are just minutes from these prestigious temporary exhibitions!

Discover the creations of Pierre Bonnard

Painter, sculptor and engraver, Pierre Bonnard was a leading player in the development of modern art. His magnificent creations are the subject of a temporary exhibition at the Musée d'Orsay from 17th March to 19th July.  Bonnard was a truly comprehensive artist, and he used his talent in a variety of very different forms. His work includes animated landscapes, urban landscapes, portraits, nudes, figures, still lifes, interiors, flowers and fruits and people, and is noted for its humour and imagination. Pierre Bonnard chose the painter Gauguin as his role model, and after discovering the Japanese print in 1890 it became his passion. The creator of "The plaid blouse" belongs to the Nabis group, a school of painters that also counted Julian, Maurice Denis, Edouard Vuillard, Paul Ranson, Paul Sérusier and Gabriel Ibels among its members.   All of his work from the smallest to the largest piece exudes humour, charm, vitality and elegance.

Explore the beauty of Italian art through the Dolce Vita

La Dolce Vita exhibition reveals the history of Italian art and how events in Italy since the early 20th century have influenced it. The nation had regained a sense of unity after living through one of its darkest periods, and this can be seen in the work of some of the greatest Italian artists such as Carlo Bugatti, Eugenio Quarti or Federico Tesio.  Painting was not the only genre to be affected by events. Many woodworkers, potters and glassmakers produced beautiful works of art that evoke aspects of life during the period, and some examples that deserve a mention include ceramics by Gio Ponti and glass work by Carlo Scarpa.

Why not take this opportunity to enjoy a stay at Les Plumes Hotel, where you'll be within easy reach of Musée d'Orsay?