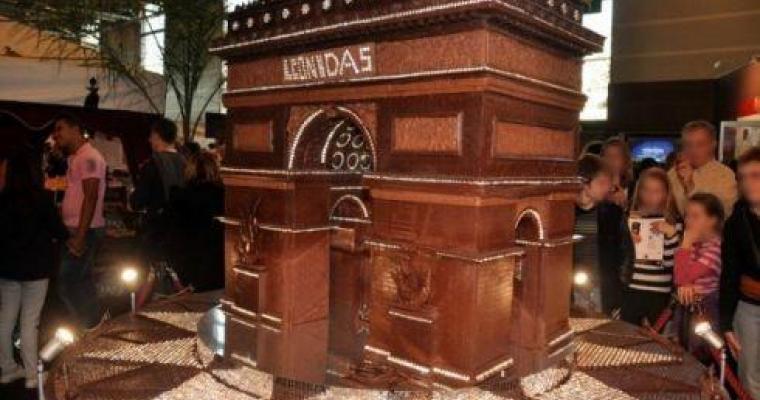 Published on 11 October 2013 in Fairs and Trade Shows

Chocolate trade show Paris 2013 is the perfect way to explore this fascinating world of temptation and indulgence. Whether you are a professional in the chocolate industry or just want to learn more about the art of the chocolatier while perhaps succumbing to temptation, then this is the place for you. The Salon du Chocolat runs from October 30th to November 3rd at the Porte de Versailles exhibition centre. Open daily from 10.00 until 7.00, the theme of this year’s show is ‘Why Is Chocolate So Magical?’ As a guest of the elegant Les Plumes Hotel you will just a short trip across the Seine from the answer.

The ' Salon du chocolat ' (chocolat trade show), a trade show which tours the world from New York to Tokyo reaches its climax in Paris. Some 20,000 square metres of exhibition space plays host to 400 participants from all over France and as far afield as Belgium, Switzerland, Italy, Brazil, Haiti, Japan, Vietnam, Algeria and the Ivory Coast. Chocolatiers, pastry chefs, cocoa experts and connoisseurs come together at the Salon du Chocolat to pay homage to the produce of the Theobroma Cacao tree.

On the itinerary for 2013 are songs and dancing in the Cocoa Show, workshops hosted by the world famous cooking school L’Atelier des Sens and demonstrations of technical skill and innovation by leading pastry chefs. There are also conferences dealing with such subjects as the History of Chocolate and Chocolate and Health, workshops for children, and competitions including a Duel de Choc in which amateur chefs have a face off and throw down the recipe gauntlet. There’s even an opportunity for young talents and amateur chefs to strut their stuff in live demos before an audience of hundreds.

Finally, you should not miss the amazing Fashion parade at the Chocolate trade Show Paris 2013. The Salon du Chocolat was the first trade show to bring together fashion designers and chocolatiers. Prepare to be astonished at the fruits of their collaborations as models attired in couture masterpieces made from chocolate take to the catwalk.