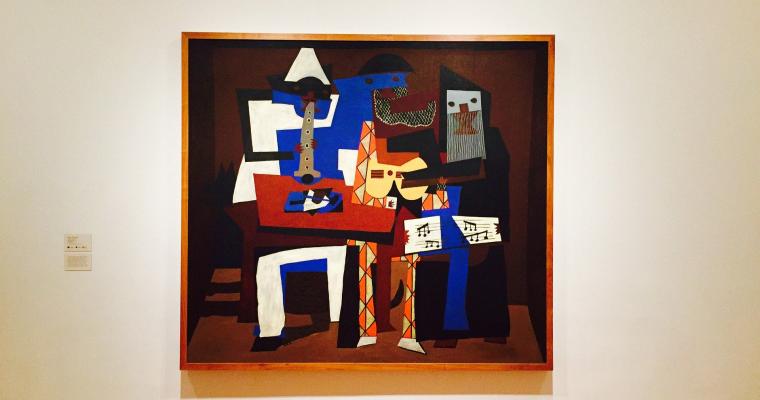 Exhibitions at the Picasso Museum

Published on 15 September 2020 in Exhibitions and Museums

A few Metro stations from your Hotel Les Plumes is the Picasso Museum, an intriguing place where you can always find something new, thanks in particular to its temporary exhibitions. Closed until July 21st, it has now reopened with two original and fascinating exhibitions that the Plumes team recommends as a great way to start the autumn 2020 cultural season!

Picasso and the Comic Strip: an unexpected exhibition

This new look at Pablo Picasso shows once again how the Spanish genius was a complex artist deeply rooted in his time. Born in the late 19th century, he was steeped in classical culture but also popular culture. The latter included comics, an art form that was just emerging in the United States at that time. This exhibition illustrates how the comics medium inspired Picasso in terms of storytelling, staging and iconography, and how the master and his work in turn inspired some of the greatest comics creators of the 20th century, from Gotlib to Spiegelman via Reiser, Manara and Hergé.

Picasso Poet: a dialogue between words and images

Here is yet another little-known facet of the artist revealed to us by the Picasso Museum this autumn, 2020. Picasso dealt with shapes and colours, but he also used words. This exhibition brings together a number of handwritten poems and illustrates the parallels and transitions between these and his concurrent visual creations. It’s fascinating to contemplate the poetry in his images and the imagery in his poetry. This exhibition will be complemented by a series of workshops, conferences and happenings intended for adults and families alike.

The Musée Picasso, housed in a superb mansion in the Marais, is one of the unmissable cultural destinations in Paris. Its temporary exhibitions, such as these devoted to Picasso’s poetry and his love of comic strips, which continue until January 3rd, also reflect the dynamism of the museum, which continually finds new ways to share and showcase the artist's incredible creativity.