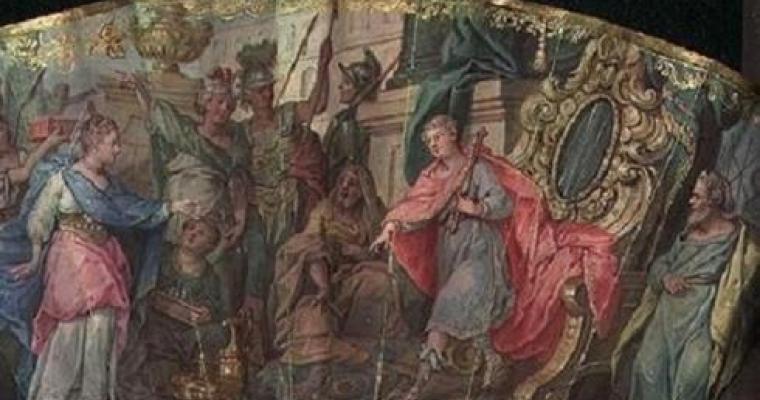 Golden Age of the Fan Exhibition in Paris

Published on 19 February 2014 in Exhibitions and Museums

Golden Age of the Fan exhibition in Paris celebrates an object that is at once familiar and yet somehow little known. Both a fashion accessory and an art object, the hand held fan has a certain allure and mystique about it which is explored in The Golden Age of the Fan at the Musee Cognacq Jay until March 2nd. Additionally, not far away from Les Plumes Hotel, at the private museum of fan maker Anne Hoguet on the boulevard de Strasbourg you can see how the fans are created.

Golden Age of the Fan exhibition in Paris, from the Sun King to Marie Antoinette

Hand held fans can be traced back to 4th century B.C. Greece. Mostly lost to Europeans during the Middle Ages, beautiful examples were brought back from the Middle East by the Crusaders. Imported from China and Japan by Portuguese traders during the Renaissance, fans attained a fashionable status amongst the nobility of France during the reign of the Sun King Louis XIV. By the 18th century, fans in Europe had attained a high level of artistry, and Paris had become the fan capital of the continent, with its own fan makers guild. Fans made of parchment or silk were painted with intricate designs by superbly skilled craftsmen. The ivory or tortoiseshell supports were inlaid with patterns in gold or silver.

The exhibition in the Cognacq Jay Museum forms a loving tribute to this golden age of fan creation and illustrates this history by way of some seventy items on loan from both public and private collections. Having admired this display you can visit the Musee de l’Eventail of master fan maker Anne Hoguet to see the raw materials, tools and astonishing level of workmanship involved in this little known craft. Here there are also temporary displays of fans both antique and modern.

At Les Plumes Hotel we admire artistry and craftsmanship and so we can thoroughly recommend this superb exhibition which will open your eyes to a largely neglected aspect of fashion and social history.