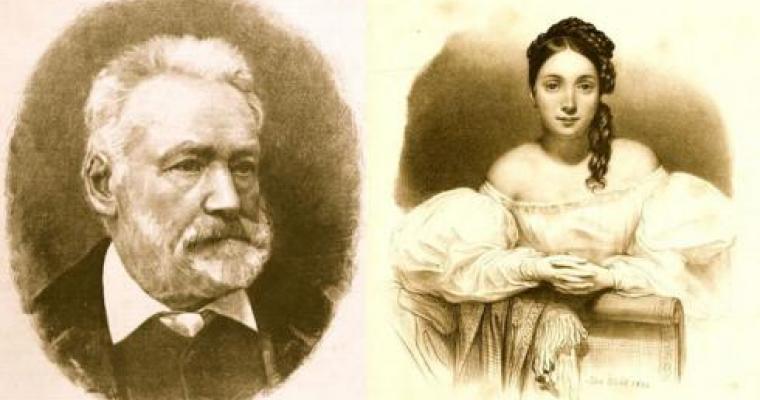 Hugo and Juliette, a love that lasted for half a century

Published on 9 February 2016 in Hotel

Les Plumes Hotel welcomes you to an original, and incredibly romantic, setting. This modern day hotel invites you to travel back in time and enter a delightful atmosphere where the love stories of some of the world’s greatest writers have inspired each room. Today we look back on the 50 years of passion that defined the love affair between Victor Hugo and Juliette Drouet...

Victor Hugo was 31 years old in 1833 when he met Juliette Drouet (born Julienne Josephine Gauvain), a beautiful 26-year-old actress. He hired her to play the role of the Princess Negroni in his play ‘Lucrèce Borgia’. They were quick to fall in love with each other and began an affair that lasted for nearly 50 years. Juliette gave up her career to devote her life to the writer even though he was already married to Adèle Foucher.

The plume – witness to an abiding passion

From their first meeting Victor Hugo wrote to the woman who delighted his heart.  "The day your eyes met mine for the first time, a ray of light went from your heart to mine much like dawn glistening over a ruin". She became his collaborator, his muse and his official mistress, and they exchanged thousands of passionate letters throughout their lives. From 1833-1883, many of these passionate letters testified to the talent of the epistolary lover and the abiding passion that united "Juju" and "Toto "as they liked to nickname one another.

Juliet saved Hugo’s life during the coup of December 2nd, 1851. She then decided to follow the “Les Miserables” author, and fierce opponent of Louis Napoleon Bonaparte, during his exile in Brussels and to the island of Jersey where he lived with Adele. When Adele died in 1868, Juliette shared Victor Hugo’s life until she also died in 1883.
Enjoy a stay in the poetic Les Plumes Hotel to discover the Parisian events of the moment. We offer you an elegant and romantic interlude in one of the world’s most romantic capitals!