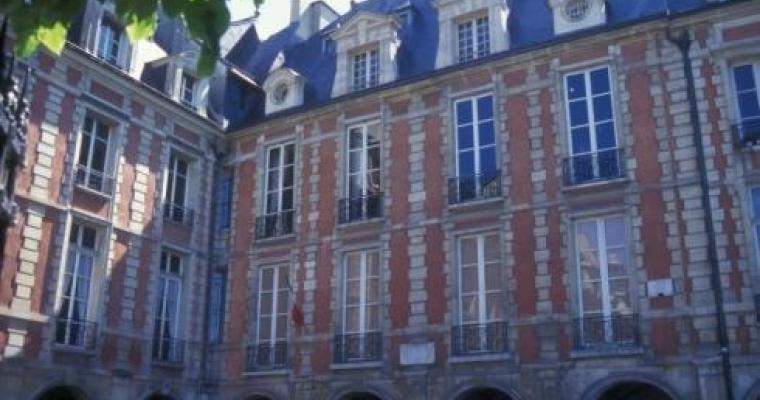 Hugo Museum in Paris to see how the Great Man lived

Published on 26 December 2013 in Exhibitions and Museums

Hugo museum in Paris is an excellent opportunity to see how the great dramatist, poet and novelist lived. Victor Hugo is perhaps best known today for his novels The Hunchback of Notre Dame and Les Miserables, but there was much more to the man than even these classic works suggest. In a previous article we told you of the fifty year passion of Hugo and his mistress, Juliette Drouet. Today we'd like to let you know about the fine Hugo museum devoted to the writer located in the Place des Vosges, just a few Metro stops from Les Plumes Hotel.

Hugo museum in Paris, a former residence of the writer

Victor Hugo and his wife, Adele, lived from 1832 to 1848 in the second floor apartment of a Louis XIII style house in the Place des Vosges. Here he wrote a considerable portion of Les Miserables, and it was also here that he was living when he first met Juliette Drouet, who was to become his mistress for the next half century. Several years after Hugo's death, his friend and fellow writer, Paul Meurice suggested to the city of Paris that the building be turned into a museum devoted to Hugo. This was inaugurated in 1903.

Today the apartment has been recreated much as it would have looked in Hugo's time. Various periods of his life are represented in the rooms, along with documents, photographs, family portraits, original manuscripts and even the writer's own inkwell, to provide a richly intimate picture of a creative life. Hugo's talents in the literary field have tended to overshadow his accomplishments as an artist, but this oversight is redressed here, where there are over 450 of his drawings on display. As a Paris City Museum, admission is free to the permanent exhibition.

At Les Plumes Hotel we have rooms inspired by Hugo and his lover Juliette Drouet, so naturally we would be delighted if you would take the time to enjoy this superb museum while you are staying with us.