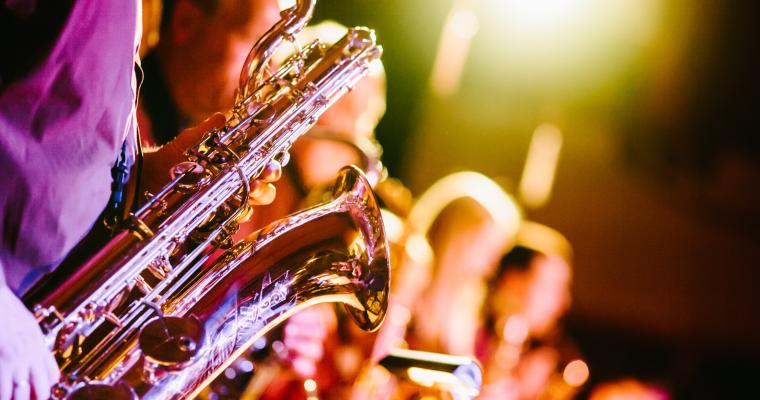 It's all about jazz!

Published on 20 January 2018 in Entertainment

Music is everywhere at the start of 2018 – especially jazz. While Saint-Germain-des-Prés has long been known for clubs where you can listen to blue note while swaying to its frenetic pace, today the Right Bank and the Hotel Les Plumes neighbourhood welcomes lovers of jazz, folk and blues for long, convivial evenings of swing and riff.

Nestled between Châtelet and Beaubourg, the rue des Lombards is home to some of the great legends of the Parisian jazz scene. Firstly, the Duc des Lombards (at number 42), a venue that has been welcoming celebrities and the rising stars of the French and international jazz scene for over 30 years. Nibble on a few canapes as you sip a glass of wine and applaud the latest acts in a chic setting. Next, we head for number 58 and Baiser Salé. As soon as you pass through the door, the fusion mix gets you in the mood: salsa, soul, jazz - savour them all with a glass of rum in hand. Bewitched by music and cocktails, true jazz lovers only need to take a few steps to reach Sunset at number 60. Another rue des Lombards legend, the sound of saxophones, pianos, trumpets and clarinets has captivated patrons since the 1980s. Sunside, the club's basement annexe presents electronic jazz in an equally festive atmosphere.

The New Morning (7, rue des petits Ecuries, 10th) presents jazz from around the world. Since the time of the Jazz Messengers who opened the club in 1981, the venue has been known for its warm atmosphere and stylish acts. The more "British" Duke's bar at 13, rue de la Paix is furnished with plump chairs where you can relax with a delicious cocktail as you enjoy jazz standards in its tranquil setting.