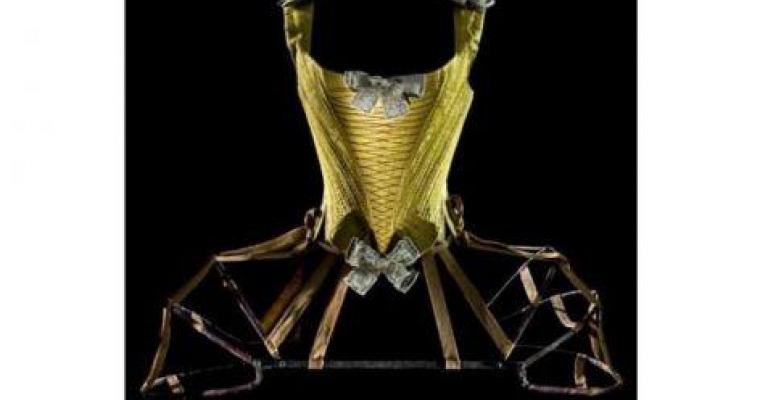 Mechanics of Fashion Exhibition Paris is most revealing

Published on 4 September 2013 in Exhibitions and Museums

Mechanics of Fashion exhibition , Paris brings forth the secrets which have been hidden beneath outer garments for centuries. The wonderfully titled Behind The Seams runs until November 24th at the Museum of Decorative Arts. Using some 200 examples, this exhibition traces the history of underwear from the 14th century up to the present day, and includes museum pieces rarely shown to the public. This fascinating examination of the rarely discussed world of smalls and unmentionables is taking place just a fifteen minute ride on Metro line 7 from Les Plumes Hotel .

Mechanics of Fashion exhibition Paris ; a look beneath

Corsets, codpieces, panniers, bustles, crinolines and girdles are just a few of the chapters in the sometimes extraordinary and even painful history of underwear. These items of clothing began to diversify in the late Middle Ages. As fashion dictated the shapes of the human body which were considered most desirable, undergarments began to be designed to mould the wearer into these shapes.

For example, the wasp waist look of the mid 19th century was achieved by tightly lacing the female form into corsets stiffened with whalebone and steel. Thus was the desired appearance created at the expense of both comfort and health. On the other side of the gender barrier, the codpiece reached a peak of size and absurdity towards the end of the 16th century that seems bizarre to us today.

These and many other examples of fascinating fashion can be seen in this exhibition 'Mechanics of Fashion' in which the displays are presented in low lighting entirely appropriate to apparel which spent much of its working life in the dark. There is also a space provided in which visitors can try on some of the items, if they dare!

Les Plumes Hotel is chic, stylish and fun, and therefore in complete accord with the themes of the 'Mechanics of Fashion'. We heartily recommend a visit to what is surely one of the most original and charming exhibitions ever to have graced a Paris museum.