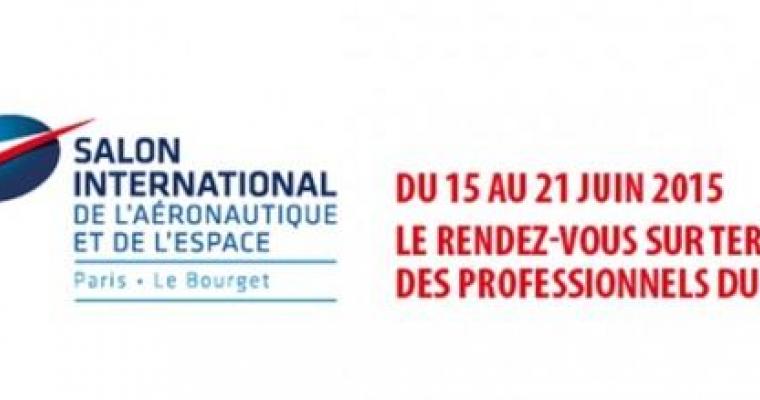 The year's largest gathering of professionals, civilians, military, and aviation fans will take place at Le Bourget airport from 15th to 21st June 2015.  Now in its 51st edition, the Paris Air Show hopes to welcome over 320,000 visitors this year.

A prestigious not-to-be-missed event in Paris

The International Exhibition of Aeronautics and Space has been in existence for over 100 years, and is considered to be the largest event of its type in the world.   Fans can look forward to a host of new features for the week of June 15th to 21st 2015 at the Parc Bourget exhibition as the latest technological innovations in the aeronautics field are presented to the SIAE.  In 2013 the Paris Air Show attracted 139,273 trade visitors and 176,299 members of the public, and it is hoped that over 320,000 visitors will attend this year's 51st edition.   The exhibition is expected to be even bigger as new exhibitors flock to Paris to showcase their services and skills.   The organisers have decreed that the first three days will be fully dedicated to professionals, and that the Bourget Exhibition Centre will open its doors to fans from the 19th to 21st June.

Why is Paris Air Show so popular?

The Paris Air Show is an internationally acclaimed event.  Visitors from 285 countries participated in the previous edition, and including flight demonstrations  the show ranks as one of the most popular ESIS entertainment fixtures.  Both civilian and military aircraft will feature in the event, much to the delight of spectators. The star of this edition is sure to be the A350, a long-haul Airbus aircraft, and the e-fan Airbus, an electric powered aircraft will also be present.  Other aircraft including the Antonov 178 Ukranien, the Bombardier CSeries 300, the Pakistani JF-17 and the Rafale will circle the skies above Bourget during this thrilling exhibition week.   Be sure to book an enjoyable stay at Les Plumes Hotel for easy access to this unique event!