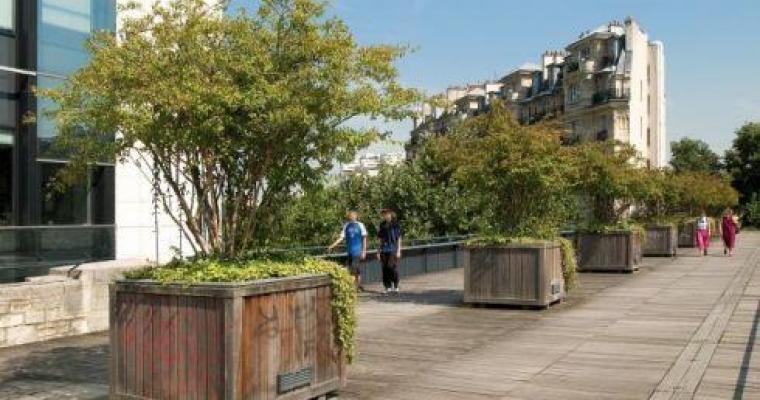 Published on 19 September 2013 in Visit Paris

Paris Grands Boulevards for many represent the essence of the city. A boulevard is generally defined as a wide roadway. In Paris the name has come to refer to something more special, more... grand! These long, straight, wide roads with tree lined pavements fronted by stately buildings with uniform facades became the epicentre of the city's café and theatre culture during the Belle Epoque, and remain so today. Why not be a boulevardier and promenade along these elegant thoroughfares? Les Plumes Hotel is only a few minutes’ walk from Boulevard des Italiens, Haussmann, Montmartre and Poissonniere.

For many centuries Paris was surrounded by various defensive walls. As the city grew and could no longer be contained, a wall would be demolished and another constructed to contain the overspill. Former wall locations would either be built on or turned into streets or boulevards.

In the early 1670s the Sun King Louis XIV felt that he had made France secure to the point where Paris no longer needed the wall built by his father Louis XIII. He decreed that this should be demolished and replaced by boulevards designed by the architect Pierre Bullet.

By the mid 19th century the centre of Paris was still medieval in its layout, with narrow, winding streets and few open spaces. The progressive minded Napoleon III wished to make the city a modern metropolis. He charged Baron Georges Eugene Haussmann with the reconfiguration of the heart of Paris. Between 1853 and 1870, Haussmann widened the Grands Boulevards and added wide, straight new boulevards across the city's centre. His work still defines the look of Paris today; a model which is strictly controlled by contemporary urban planners.

Les Plumes Hotel is central for the Paris Grands Boulevards

At Les Plumes Hotel we pride ourselves on presenting the romantic charm which characterised 19th century Paris, and which may still be envisaged upon the Grands Boulevards of today. In our next blog we will tell you a little more about the attractions of the Parisian boulevards today.