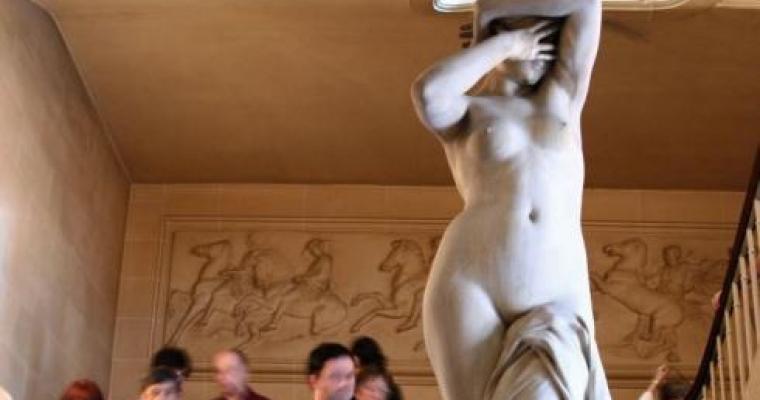 Renaissance and Dream Exhibition ; Art and the Subconscious

Published on 26 November 2013 in Exhibitions and Museums

Renaissance and Dream exhibition runs from October 9th to January 26th at the Musee du Luxembourg, which in the mid 18th century was the first public painting gallery in Paris. Through some eighty works by such masters as Bosch, Durer and El Greco, this fascinating exhibition examines the way that dreams were held in such high regard by the artists, poets, theologians and philosophers of the Renaissance era. At Les Plumes Hotel we hold dreams and creativity very close to our hearts and so are pleased to recommend this superb exhibition.

Renaissance and Dream exhibition at the Musee du Luxembourg in Paris : visions of genius

Today science and psychiatry have attempted to rationalise the phenomenon of dreams by reducing it merely to a processing and cataloguing system which the brain uses to deal with its influx of daily information. However, creative people have long realised that there is much more to it than that. The Renaissance and Dream exhibition demonstrates how themes such as dreams allowing man to make contact with the spiritual were developed during the flowering of creativity which distinguished the tail end of the Middle Ages.

The hellish, feverish visions of Hieronymus Bosch. The religious iconography of Albrecht Durer. The glittering pageantry of Paolo Veronese. The radiant eroticism of Antonio da Correggio. These are just a sample of the creativity that was inspired in part by dreams as artists looked for new ways of representing the higher realms of spirit. They explored the subconscious mind and saw that the elements of truth it reveals can be more real than those represented by our everyday consciousness. In this way their works anticipated surrealism. Indeed, the surrealist artists often looked back to the Renaissance for inspiration.

The exhibition 'Renaissance and Dream' carefully establishes the social and political context of the era. The itinerary which follows is fully in keeping with the theme, leading the visitor from sleep to wakefulness by way of dreams, visions and nightmares. It presents an awe-inspiring selection of works and a compelling theme and should not be missed. You may find yourself examining your own dreams more carefully.