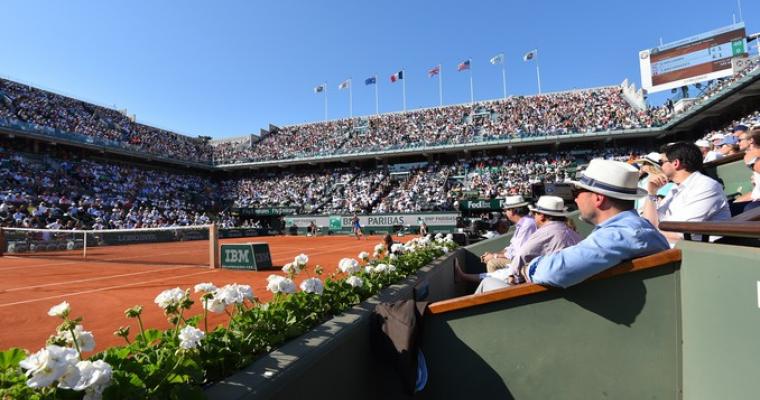 Roland-Garros : an intense programme for 2017

The prestigious Roland-Garros tournament will take place at the Porte d’Auteuil stadium from May 28th to June 11th, 2017. Will last year’s winner Novak Djokovic manage to hang on to the trophy? Find out at the Roland-Garros in June. And, there’s more to excite adrenalin rush fans in Paris this spring, as Foire du Trône, or Fair of Thrones, returns the lawns of Reuilly.

As it does each year, the famous Porte d'Auteuil stadium prepares to host the world’s most prestigious tennis tournament. Officially founded in 1925, the contest originally took place on the grounds of Racing Club de France and Stade Français. The dominance of French players back then meant that Paris was compelled to offer its champions a stadium that was in keeping with their talents. After nine months of construction, the Roland-Garros stadium opened in 1928.

The stadium complex covers a 3-hectare tree-planted area and it bears the name of Roland Garros, a French aviator and war time hero who was killed in action. It’s now considered one of the world’s most beautiful tennis venues. The tournament gained popularity after the victory of Yannick Noah in the 1980s and it’s internationally famous today.  Need proof of its popularity? Over 500,000 visitors come to watch the greatest tennis players in action each year. Rafael Nadal was injured last year, so he’s sure to want to regain his place at the top of hierarchy. Will anybody manage to stop him?

Have fun at the Fair of Thrones!

The Foire du Trône has an interesting history; France’s first funfair was born in 957AD during the reign of Lothaire, King of the Franks. Back then, it was called the ‘gingerbread fair’ and dozens of pastry stalls were set up for the event. A millennium later, the fair has added more entertaining attractions and still manages to satisfy the Parisian need for a little escapism. Celebrating an amazing 1,060 years, you can expect another spectacular event as the biggest funfair in France opens its gates once more.

With over 80 rides and 350 attractions, the fair has more than enough to satisfy thrill seekers. Stop for a snack at one of the dozens of restaurants between rides; you’ll find every type of food - from hot dogs and salads to oyster platters and tasty sandwiches. Because the Fair of Thrones is aimed at families, many activities are suitable for children as well as adults.  The fair opened for summer on March 31st, so do go along and have some fun.