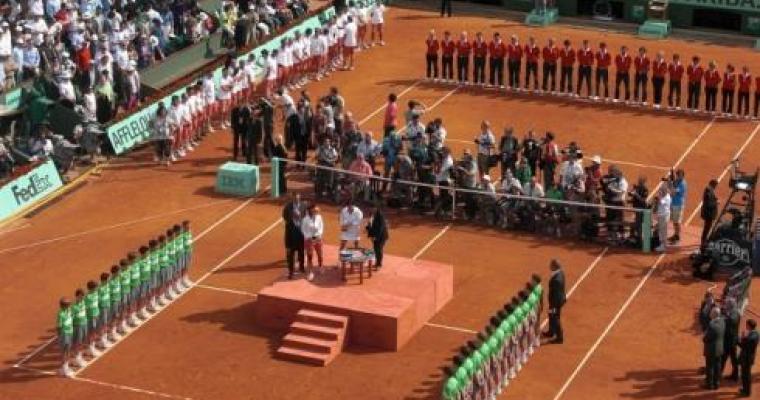 Roland Garros tennis tournament in 2014 is a must for fans

Roland Garros tennis tournament in 2014, between May 25 and June 8, is one of the highlights in the world of sport, the only Grand Slam tournament played on clay and a must-visit for all tennis fans, who will find Les Plumes Hotel the perfect place to stay.

The French Open at Roland Garros Stadium is a much-anticipated event each year in Paris. With its origins dating back to 1891, the tournament is now one of four Grand Slam events, bringing all of the world's leading players to the French capital.

Tickets to the tournament go fast, so it's best to book as early as you can. Like its counterpart across the English Channel at Wimbledon, the spirit of the French Open takes over the entire city as soon as it begins, so it's a great time to visit Paris and experience it for yourself.

Not just that, but the Roland Garros Stadium is well worth a visit, even if you're not attending the tournament itself. Not only does it house the 20 courts used during the French Open - renowned as the finest clay courts in the world - but a fascinating museum, known as the Tenniseum.

Here, in both English and French, the absorbing story of tennis is told in video, sound - and by a large collection of exhibits, including more than 100 tennis racquets.

At Les Plumes Hotel, we regard the French Open as one of the biggest events of the years in our city. We are a easy 50-minute Metro journey from Roland Garros Stadium, and we'll be delighted to help you plan your trip to Paris to coincide with this magnificent event. Our intimate boutique hotel gives you the glamour of Paris's past in every room - and we look forward to welcoming you.