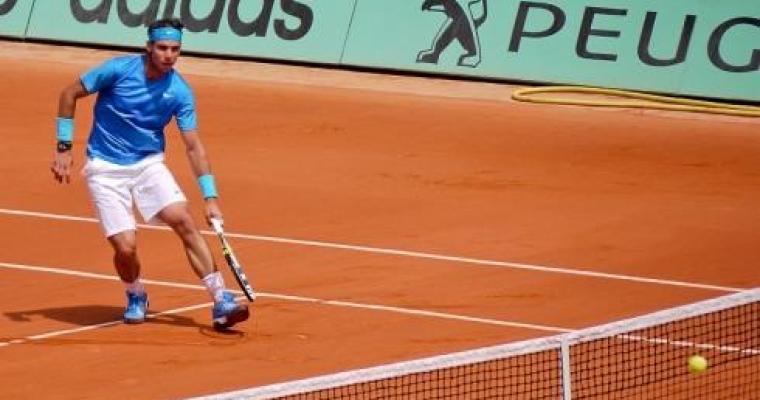 Roland Garros, the return of the small yellow ball

Les Plumes Hotel offers a romantic break in the heart of Paris amidst a décor which blithely combines the past and the present in a historic setting dedicated to poetry and letters. Our truly original hotel exudes warmth and a knowing humour that brings together ancient books and touchscreens. What is more, if you are a tennis fan you will also benefit from the proximity of the hotel to one of the great tennis events of the year, a sporting occasion that enjoys the largest audiences and most extensive media coverage in the world.

A gathering of the greatest players on the planet

The French Open tennis tournament, otherwise known by the name of Roland Garros, after the stadium in which it takes place, attracts an audience from around the world. This great clay court tennis tournament, one of the four Grand Slam events, was born in 1925, and has a history which can be traced back to 1891. This year it returns from May 19th to June 7th. Difficult and physically demanding due to its slow surface and the five-set men's singles matches without a tiebreak in the final set, each year this championship brings together the greatest players in the world. After Raphaël Nadal in 2014, who will be the winner in 2015? To find out, book your tickets now and get ready to experience exceptional tennis.

Surprises and twists on clay

Each year the Roland Garros brings its share of surprises, such as Yannick Noah’s triumph in 1983, the unexpected victory of Ivan Lendl against John McEnroe in 1984, the epic match between Chris Evert and Martina Navratilova in 1985, the revelation of the young Michael Chang in 1989, the rage of Martina Hingis in 1999, the Williams sisters battling it out in the 2002 final...so many wonderful memories.

Roland Garros is also the big rendezvous of the stars. You’ll enjoy seeing the celebrity fans in the stands of the main courts, because at this time of year the Stade Roland-Garros is definitely the place to be, and the place to be seen! Each year, the stars of the moment love to attend at least one match. Some will attend the whole tournament, while others will show up from the quarter-finals onwards. At Roland-Garros, the stars are on the court and in the stands!