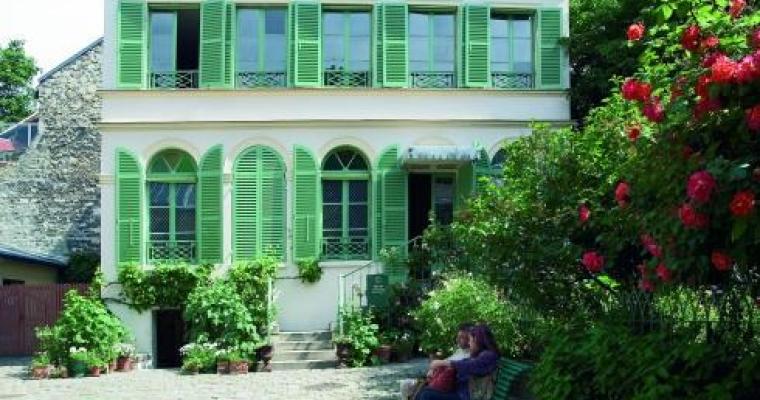 Romantic Life Museum Paris, The Ambience of an era

Published on 19 January 2014 in Exhibitions and Museums

Romantic Life Museum Paris celebrates an extraordinary period of Parisian artistic and intellectual activity. Housed in an 1830 building nestled at the foot of Montmartre which once belonged to the Dutch born portrait painter Ary Scheffer, the Musee de la Vie Romantique is both evocative and fascinating. In a previous article we told you about the tumultuous relationship between the writer George Sand and her poet lover Alfred de Musset, now Les Plumes Hotel would like to deepen your acquaintance with this remarkable woman, whose works and former belongings are on permanent display at this museum.

The writer Amantine Lucile Aurore Dupin (1804 to 1876), better known under her nom de plume George Sand, was a key figure in the Paris literary scene of the early 19th century. An early feminist, she delighted in wearing men's clothing in public. She said such apparel was more comfortable and robust than the women's clothing of the time, but such actions gained her a reputation as a nonconformist. Early in her career she wrote for the famous Parisian newspaper Le Figaro, and went on to write over forty published novels in addition to plays and factual material.

The Musee de la Vie Romantique was a centre of intellectual activity during the Romantic period, and so provides a perfect setting for permanent displays devoted to the life and works of Ary Scheffer and George Sand. The ground floor displays a wonderful array of memorabilia relating to George Sand, bequeathed to the city of Paris in 1923 by the writer's daughter, Aurore Lauth-Sand. Here you can see her jewellery, family furniture, quill pens, portraits and other artefacts, including plaster casts of her right arm and the hand of her lover, Frederic Chopin. Also on display are examples of her watercolour paintings, her 'dendrites', as she called them. To step into the gallery, with its Royal Restoration Period ambience and portrait of George Sand by Auguste Charpentier, is to experience a profound sense of another time, one which was exhilarating and creative and produced a woman as exceptional as the divine Aurore.

Steeped in history and the romantic charm of 19th century Paris, Les Plumes Hotel is the perfect place to stay to complement your visit to the Romantic Life Museum.