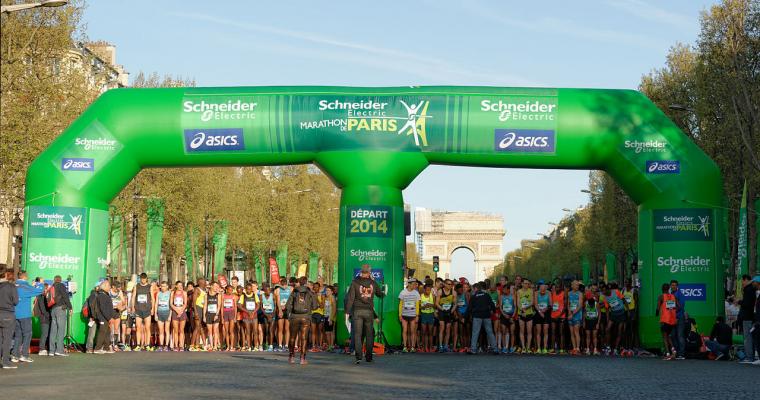 For over 40 years, the Paris Marathon has brought together the world's running elite as well as enthusiastic fans of Olympic values - more than 40,000 of them take to the 42km course through the streets of Paris with hopes of winning the trophy.

An Annual Gathering of Marathon Runners

The Paris Marathon, renamed the Schneider Electric Paris Marathon for the occasion, takes place on April 9th this year. Over 145 different nationalities take part and the runners embark on a challengingcourse though the capital’s right bank. Dominated by athletes from East Africa, including Kenya and Ethiopia, race participants break records every year. The winner of the previous edition, Kenyan Cyprian Kotut, won the marathon with a time of 2h 07min 11s.

The Paris Marathon has taken place since 1976, and it’s a chance for fans of the capital to stroll through its streets as they follow the race’s exceptional course around the Bois de Boulogne, the Avenue des Champs-Élysées, Rivoli and the Porte d'Auteuil. Since 2005, the marathon has been held exclusively within the right bank of Paris amid the city’s most prestigious monuments like the Arc de Triomphe, Notre-Dame, and the Eiffel Tower.

With more than 20,000 runners from overseas, the Paris Marathon is a significant showcase for the capital in terms of international influence and prestige. Although the race is dominated by the world’s elite marathon runners, amateurs can also compete, pushing themselves to their limits and surpassing their expectations. If you’re taking a walk in Paris on Marathon day, don’t hesitate to cheer them on - all the runners count on spectators for encouragement and support.