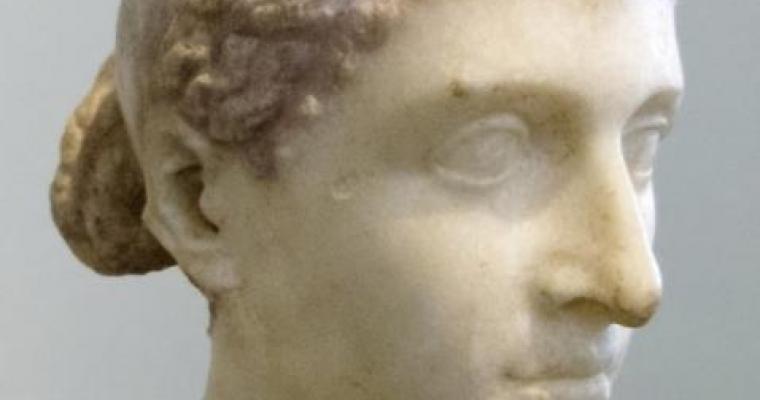 The Myth of Cleopatra in Paris at the Pinacotheque

Published on 11 April 2014 in Exhibitions and Museums

The Myth of Cleopatra in Paris , is an exhibition that you'll most certainly not want to miss. Cleopatra VII has been the source of inspiration for artists throughout the ages. She was the last serving Pharaoh in ancient Egypt and it has been said that her love affairs with both Julius Caesar and Marc Anthony, were based upon her desire to gain and maintain her position in ruler ship, during the Ptolemy period. We at Les Plumes Hotel recommend this exhibition, which runs from April 10 till September 07 2014.

The Myth of Cleopatra explores the intriguing life of iconic queen

Cleopatra VII was an enigmatic figure, with a life so captivating that she has long served as a muse. When Cleopatra's father Ptolemy XII passed away in 51 BC, she and her brother, took over the seat of rule. Both were married, as it was the tradition of the Ancient Egyptians, although her brother exiled her from the Kingdom. An affair with Caesar, was the catalyst that Cleopatra needed to assist her in re-establishing herself on the throne, with the Roman army, on Caesar's orders, to back her.

Following Caesar's assassination in 44 BC, Cleopatra returned to Egypt, later forming an alliance with Marc Anthony. Their ambition to other-throw the Octavian powers, failed miserably and both figures, were said to have taken their lives, although Cleopatra's suicidal death has recently been challenged. The exhibition contains archaeological works paintings, costumes and sculptures, to bring to life the great stories and myths.

The Myth of Cleopatra in Paris endorsed by Les Plumes Hotel

Les Plumes Hotel is pleased to endorse this amazing exhibition. Our central location, makes us a great choice for tourists, keen to explore the city and the Pinacotheque de Paris is in close proximity. Our hotel is contemporary, romantic and highly stylish in design, with luxurious rooms and a quality service hard to rival.